Bring On the Romance!

The flamenco palo, that is.

Some palos (flamenco rhythms) get all the attention: Solea, Bulerias, Alegrias, Solea por Bulerias, Tangos, Tientos, Siguirilla, Guajira, Taranto. But there are so many more that continually vie for my attention, like Romance.

When it is danced, the format is the same as Solea por Buleria- letra (verse), escobilla (footwork), buleria.

My first introduction to Romance was from La Farruca in Bodas de Gloria, a must see movie with the original Farruco and Farruquito. It’s a dance drama that tells the tale of two men (well, one man and an adolescent Farruquito) fighting for the love of a gitana. There are so many great dance numbers in this movie and the commentary between the scenes is very revealing.

See you in class! 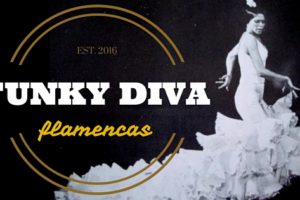 I remember when I was living in Madrid, I would[...] 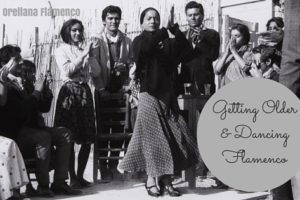 Getting Older and Dancing Flamenco

One of my favorite dance video clips is from a[...]