El Día de los Muertos (Day of the Dead) is a Mexican tradition celebrated throughout Mexico and by people of Mexican ancestry living in other countries, especially the United States. Family and friends gather to pray for, remember and honor their ancestors. The tradition includes assembling beautiful altars with pictures of the deceased, flowers, sugar skulls and favorite foods and drinks. I personally love the colorful displays of these altars.

For us here in flamencolandia, though, I thought I’d pay tribute to some of the flamenco greats. This list is not exhaustive, but a glimpse into the flamenco legends that have influenced me and left their indelible mark. OLE!

Carmen Amaya (1913-1963) is the most influential flamenco dancer of all time. Born in Barcelona, she revolutionized female dance by bringing the masculine footwork to the feminine movement vocabulary. She travelled the world during the Civil War, performing and starring in many movies. This quote from the critic Sebastian Gasch of the era encapsulates everything about the great Carmen Amaya.

She was a pure gypsy, from the hairline until the feet, which flew among her father’s guitar, El Chino. (…) Suddenly, a jump. And the little gypsy danced. It was indescribable. Soul, pure soul. The feeling made real. The tablao vibrated with an unaudited brutality and an incredible care. As all the gypsies, La Capitana must have been born dancing. She was the anti-school, the anti-academy and what caused a more deep impression was her nerve, which tensed her in dramatic convulsions, her blood, her violence, the impetuosity of a pure dancer.

What moves me most about Carmen Amaya is that she was very petite (like me 😉 and an absolute firecracker. Every single image of her or video clip of her inspires me to dig in deep to my flamenco core and dance my soul.

Camaron de la Isla (Jose Monge Cruz, 1950-1992) is considered to be one of the best flamenco gypsy singers of all time. He revolutionized flamenco by modernizing and commercializing it from adding different musical instruments. He was the first to feature an electric bass in his songs, which was criticized by traditionalists. His image was that of the rebel gypsy, but it was his voice, though, that made him a bonafide flamenco rock star. Unfortunately, he died young because of his excesses. Click here to view the choreography we did in class to this song, Como el Agua- AND get access to the first lesson.

El Farruco (Antonio Montoya Flores, 1935-1997) was best known for his intensely pure gypsy dance style. He was  never interested in flashy showmanship or any theatrical type of dance but would surprise his audiences with a frenetic explosion of emotion and movement. His legacy is his pure style but also being the grand patriarch of the Farruco flamenco dynasty. He’s the father of La Farruca & La Faraona and grandfather to Farruquito, Farruco, El Carpeta and El Barullo.

I remember first seeing him in the Carlos Saura movie “Flamenco” where he danced with a very young Farruquito. He personified everything I imagined about flamenco lineage and aging with “arte”.

Antonio Gades (1936-2004) helped popularize the dance form to an international setting. He was a non gypsy dancer that blended the traditional and the modern in his dance. He travelled the world in various productions and was catapulted to flamenco stardom with his role in the 1963 movie Los Tarantos with Carmen Amaya. However, it was his roles in the popular flamenco movies by Carlos Saura that helped non Spaniards (like myself) fall in love with flamenco.

As a young flamenca, I remember watching the movie Carmen with Antonio Gades over and over again. I loved his clean lines as a dancer, especially throughout his Farruca. And of course I loved how he danced with his partner, Cristina Hoyos.

Chocolate (Antonio Nuñez Montoya, 1930-2005) was a gypsy singer that specialized in cante jondo, the heavier rhythms of flamenco like Seguirilla, Solea, Fandangos & Tarantos. He performed with all the major flamenco artists but was a firm believer in the art of the people’s music and not in the commercial side of what was common to some flamenco singers of his caliber.

My best memory of him was watching him sing for the dancer Manuela Carrasco while I lived in Madrid. His voice was raspy and deep and it ached with longing.

Paco de Lucia (1947-2014) was a revolutionary flamenco guitarist in that he was a proponent of the “new flamenco” style, legitimizing the art form to the rest of Spain as well as successfully crossing over to different musical genres. His albums were some of the first I had of flamenco and I think of him as part of essential listening for any flamenco aficionado.

What are your favorites? Let me know in the comments section. Gracias! 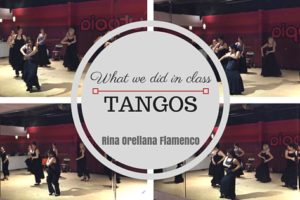 Tangos is such a fun rhythm. It’s perfect for beginners[...] 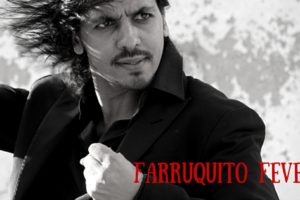 Farruquito is coming to SoCal this weekend and I’m.so.excited! Although[...] 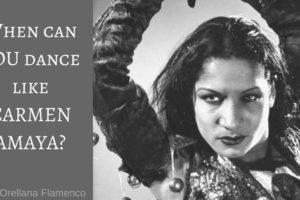 People love flamenco and then they want to try dancing.[...]