Although I’ve seen the rest of his family perform in the U.S. within the last 10 years, I haven’t seen him since I lived in Madrid around 2002. He and his brother Farru were sharing a show with Chocolate and Manuela Carrasco. I know. Holy smokes! When the two brothers rushed the stage to take on their Seguirilla, there was a collective feminine gasp from the audience! Ha ha! It was breathtaking!

However, Farruquito was here last year and gave a fabulous workshop in Hollywood. So generous as a teacher, soft spoken and oozing aire just standing there! He hadn’t travelled to the U.S. in over ten years because of a little stint he had in prison for manslaughter. The New York Times recently came out with a great article about him. You can find it here.

The show he’s presenting is called “Improvisao” which means “improvised.” The show is supposed to be totally improvised, like flamenco is meant to be, according to Farruquito. I just know that the singing and music will be lush and rich, and of course the dancing will be explosive.

Here are some must-see videos of Farruquito. Enjoy! I hope you get to see him, too!

This is a rehearsal with his brothers Farru & El Carpeta. I can’t believe how talented they all are as a family! And the little one! Ay!

One of my favorite songs!

Dancing on a table. 😉

In the first Flamenco movie by Carlos Saura, dancing with his grandfather El Farruco. He was just a little one! His part starts at 1:20. 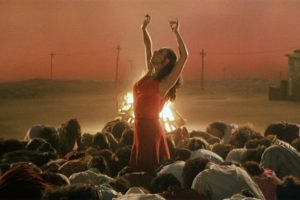 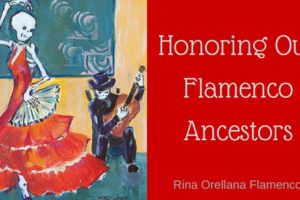 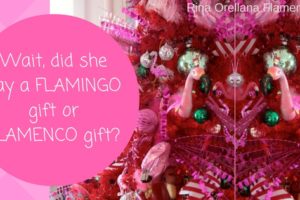 It’s that time of year again when all us flamencos[...]